Confirm HR, a software service provider in the human resources industry, received a call from a client who had promised their stakeholders that they could provide valuable insight on their human resources metrics using the data gained from Confirm HR software.

To further complicate their request, the client needed a comprehensive insight report delivered within 48 hours. Eager to please their client and always willing to go the extra mile, Confirm HR was referred to OWLLytics for a deep analysis and in-depth report of the client’s HR data. 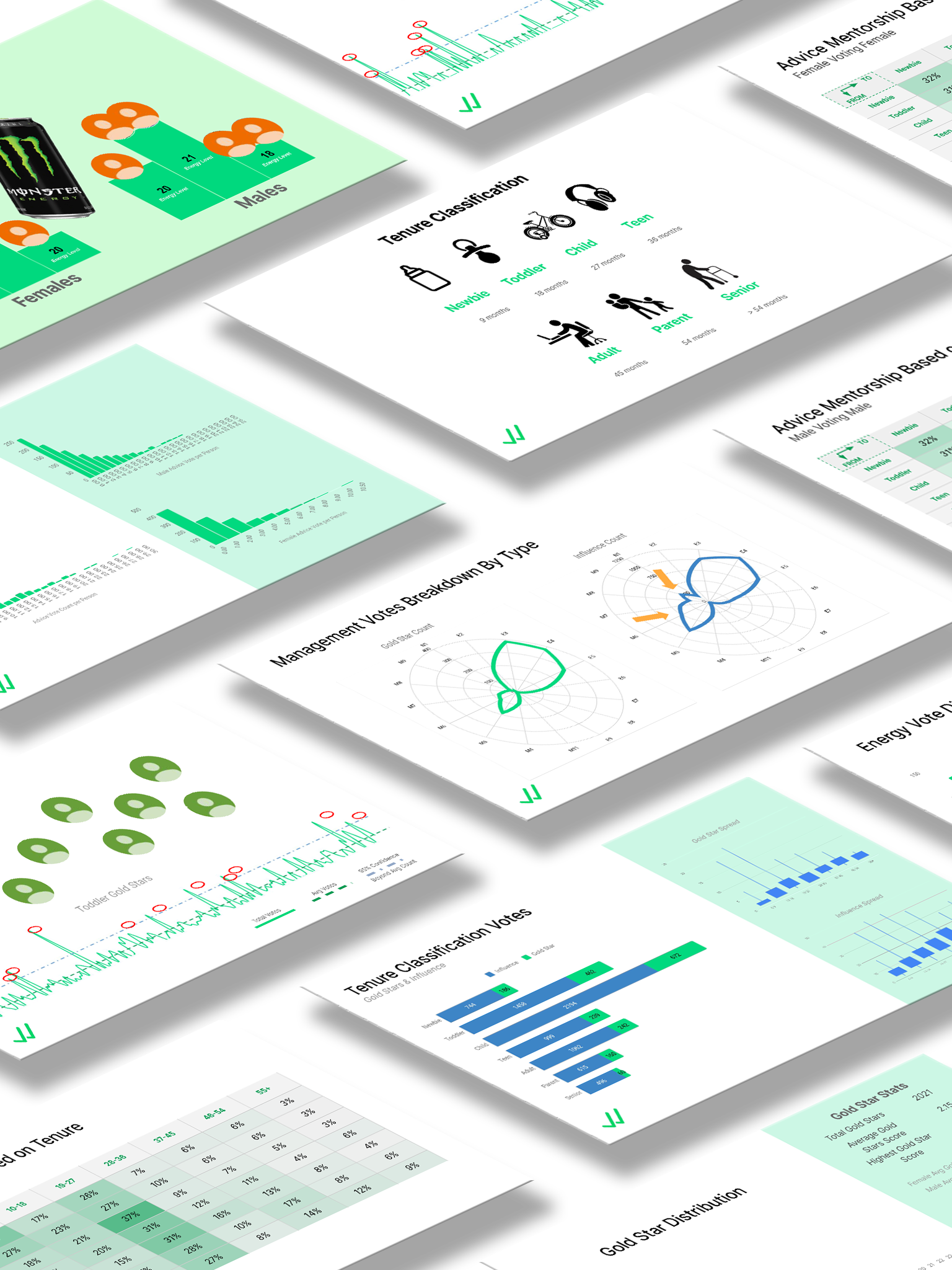 The client was able to identify employees that were above-average contributors to the company  in terms of performance, mentorship, and admiration among other members of the workplace.

Employees identified as performing abnormally above their peers

CONFIRM HR HAD JUST 48 HOURS TO PROVIDE THEIR CLIENT WITH AN IN-DEPTH REPORT THAT PROVIDED INSIGHT BEYOND THE NORMAL ANALYTICS AND TYPICAL HR DATA.

Confirm HR’s client wanted as much insight into their employee performance, satisfaction and workplace environment as possible within a short, 2-day time frame.

Confirm HR provided OWLLytics with a large data set of the client’s employee information, including figures regarding performance, tenure and mentorship/influence among staff.

The report needed to be provided by OWLLytics, to Confirm HR, in a slide deck designed with Confirm HR’s branding. 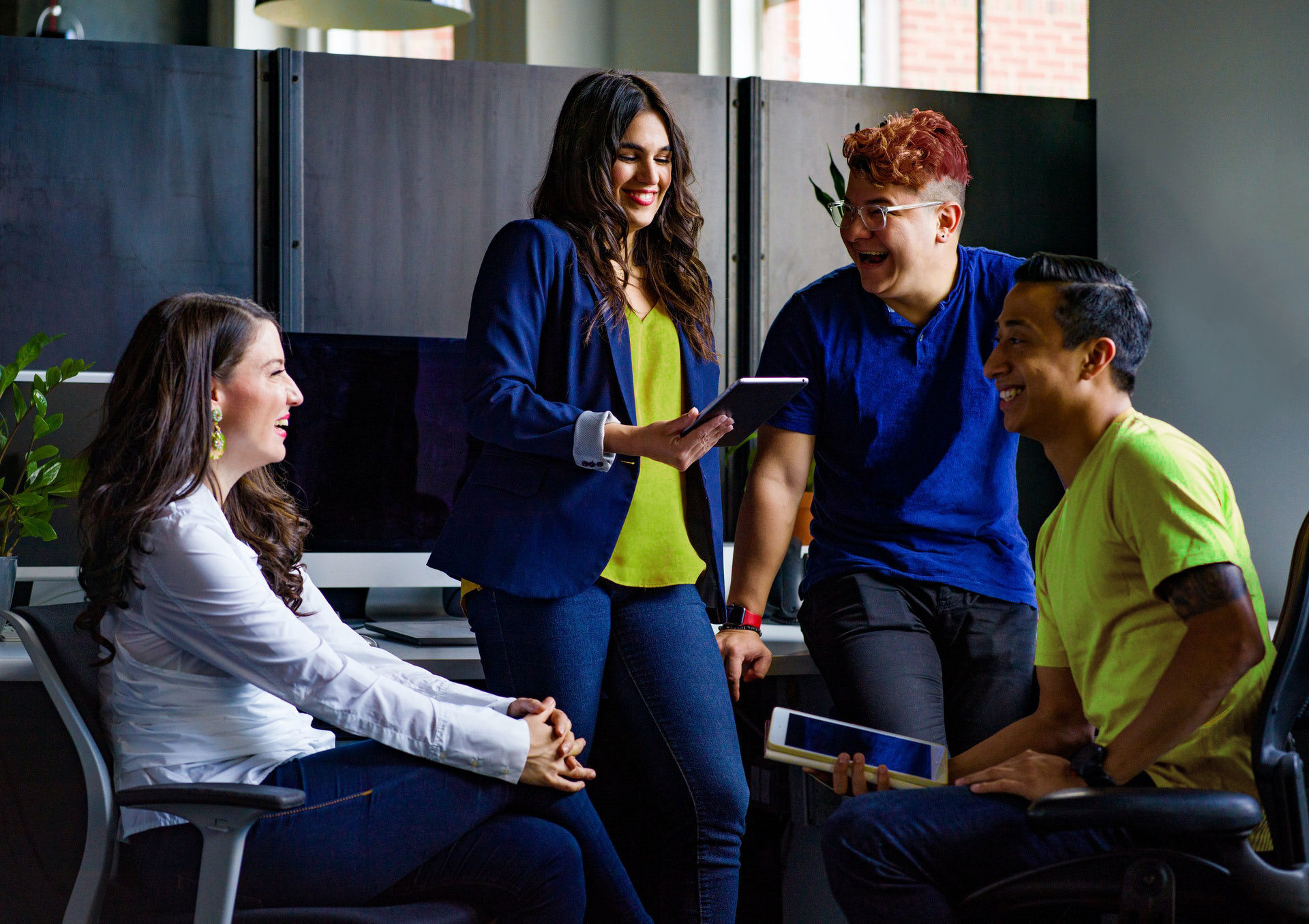 WORKPLACE SATISFACTION IS  KEY TO AN ORGANIZATION’S SUCCESS.

OWLLYTICS WAS ABLE TO ANALYZE THE DATA SET PROVIDED AND LOOK AT MULTIPLE FACTORS REGARDING THE STATUS AND PERFORMANCE OF THE CLIENT’S EMPLOYESS.

A dynamic feature of Confirm HR’s software included the ability for employees to provide a survey vote regarding aspects of their own performance and workplace experiences, as well as their view(s) of other employees.

Some of the types of insight examined from the software data included gender, management position, mentor score, energetic score, and ‘golden employee’ metrics.

Using this data, OWLLytics was able to determine to following:

➡ The top workplace performers (as voted by employees)

➡ The top ‘influencers’ within the workplace  (as voted by employees)

➡ Age of employment (tenure) effect on both performance and mentorship

➡ A total of 26 important factors regarding the efficiency and environment of the client’s workplace and it’s employees.

Before presenting the report, OWLLytics first analyzed the data to ensure that both genders voted equally and that all employees had an equitable opportunity to participate in the survey.

CONFIRM HR WAS ABLE TO PRESENT RESULTS TO THEIR CLIENT INDENTIFYING 42 OUTSTANDINGLY HIGH-PERFORMING EMPLOYEES, AS WELL AS OTHER METRICS, GIVING THE CLIENT THE ABILITY TO REWARD AND/OR INCENTIVIZE EMPLOYESS AND IMPROVE THE WORKPLACE ATMOSPHERE AS A WHOLE.

Based on the results provided by the software’s data set, OWLLytics was able to identify top employees that stood out from the typical performance levels. OWLLytics also provided a total of 26 comprehensive insights about employee observations and performance, and delivered a branded report with a 36 hour turnaround time.

The client was so impressed with Confirm HR’s results that they requested additional insights on tenure and mentorship (not included in the initial analysis request). This expanded the original project, and provided Confirm HR’s client with a strong view of their workplace productivity and employee satisfaction.

During this expanded phase of analysis, OWLLytics was able to identify a correlation between employee performance and tenure (length of employment), and recognize anomalies among employees who performed better than their peers.

➡ By removing the top 5% of employees (which also maintained the longest terms of employment) and analyzing performance in groups separated by tenure length, we identified employees who were out-performing within their peer groups. These employees were labeled as “Super Stars.”

➡ It was also discovered that most employees sought advice from their peers as opposed to their superiors.

Using this information, various employees were identified as being strong contributors to the workforce in terms of mentorship, performance, and admiration among other members of the workplace.

Let's Work Together With Your Data!