An increasingly popular international app startup needed to figure out why their sales team was only averaging 1.2 closes (sales) per month. Falling quite short of their goal of 2.5 closes per month, the company needed to find the problem and make improvements, before the sales slump affected investors and long-term growth. 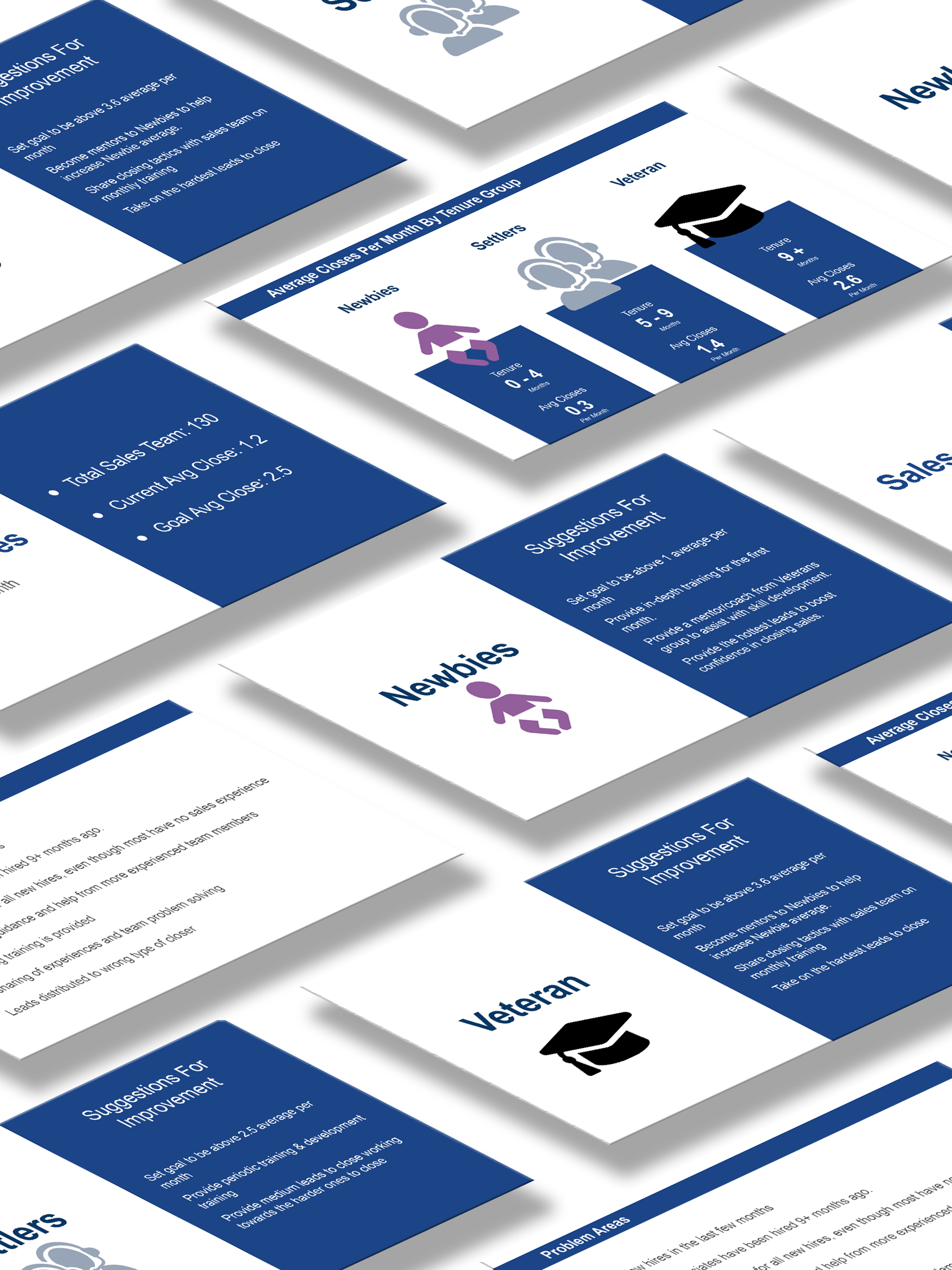 The company was able to implement suggestions and raise their average sales closing rate by 33% among their entire sales team, exceeding their initial sales goal.

THE COMPANY NEEDED TO RAISE THEIR SALES CLOSING AVERAGES QUICKLY IN ORDER TO MAINTAIN GROWTH AS PLANNED.

The multi-service platform startup company had a sales team of approximately 130 associates.

With plans to double their sales team within the next year, they quickly needed to get their sales average up to a minimum of 2.5 closes per month, per sales team member.

Luckily, a company representative discovered OWLLytics on LinkedIn, after reviewing dashboard and data storytelling content we had created previously.

The company contracted with OWLLytics for three months to analyze the sales data, gather an in-depth understanding of the sales processes, and determine what was going wrong and how to fix it.

The company had ambitious goals to grow into a large tech disruptor, and was securing investors and growing rapidly. Upon examining the company’s sales data and processes, there were several areas of concern identified:

By breaking the sales associates down into three time-based categories, we were able to get a clearer look at the sales data to determine actual closing rates.

It was also discovered that the company used the exact same process to train all of their sales associates, even if they had zero prior sales experience.

The immediate goal became to increase the closing rates among the two newer categories of sales associates. This would require improvements to the training process and ongoing support for the sales staff.

THE COMPANY WAS ABLE TO USE THE DATA ANALYSIS TO IDENTIFY WHAT EACH GROUP SPECIFICALLY NEEDED IN ORDER TO IMPROVE THEIR SALES METRICS AND IMPLEMENT POWERFUL CHANGES.

By looking at the individual sales metrics for each category of sales associates, we were able to see a clear correlation between the time of employment and the success rate of closing sales.

Upon discovering this information, we helped the company to do the following:

➡ Identify where additional and/or better training was needed among the various levels of sales associates.

➡ Create a mentorship and training program to help share tips and methodologies between the Veterans sales associates and junior associates.

➡ Increase the sales average among the ‘Newbies’ sales associates to 0.9 closes per month.

➡ Increase the overall sales average to 3.6 closes per month within a 6 month period, which was a 33% increase.

Additionally, the organization was able to clearly communicate these results to investors, increasing the confidence of investors and secure financing needed to maintain growth.